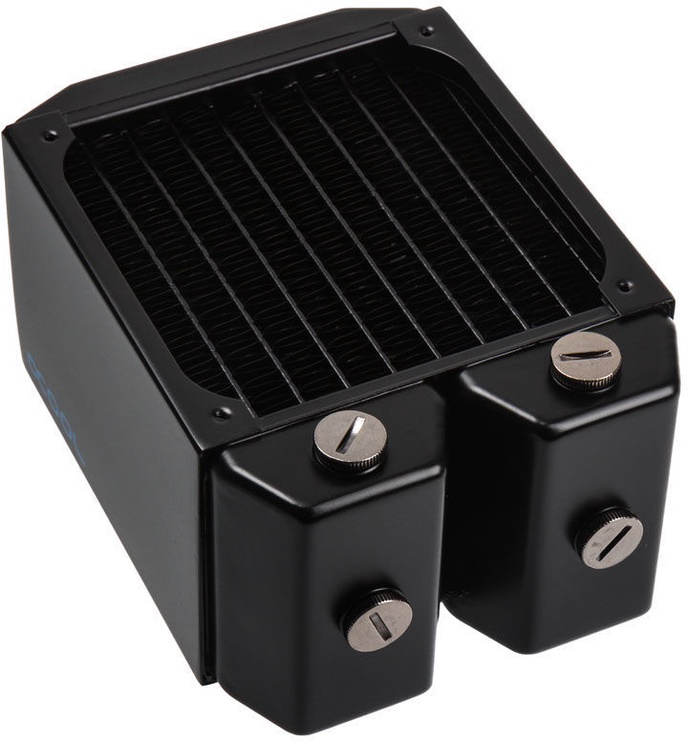 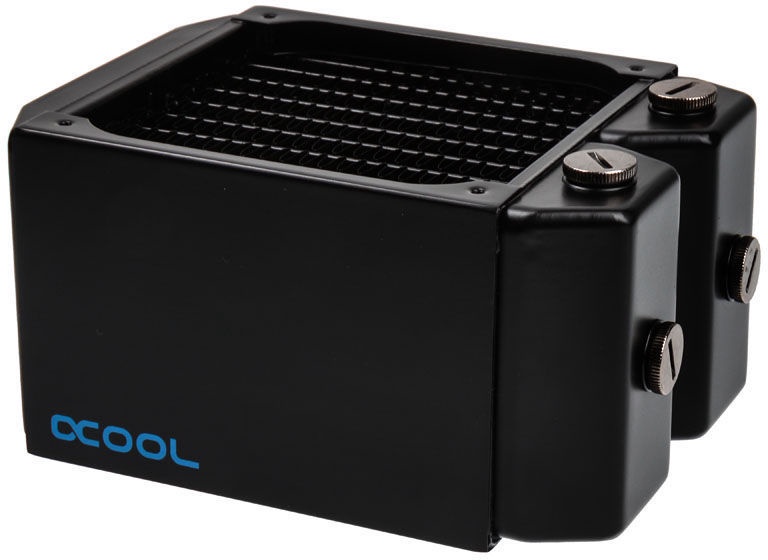 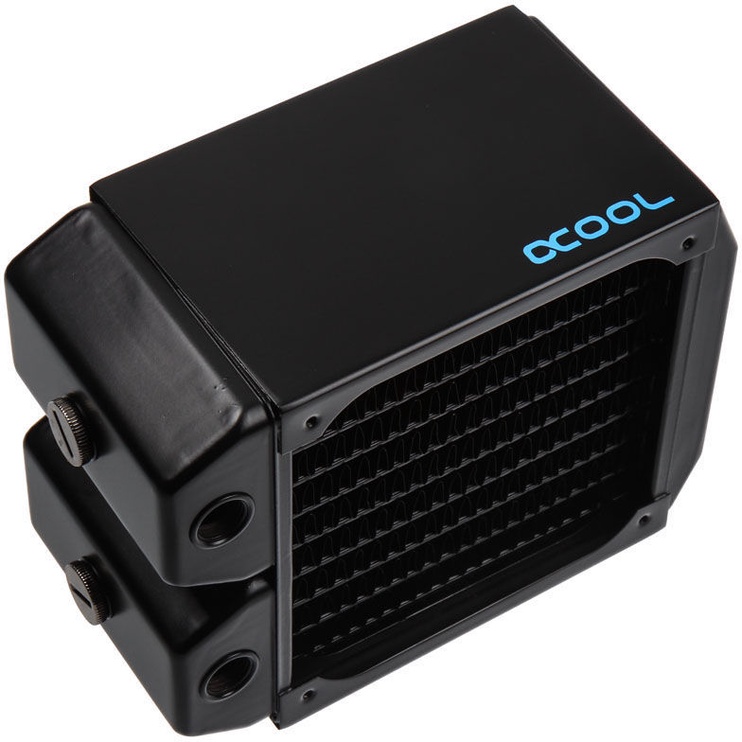 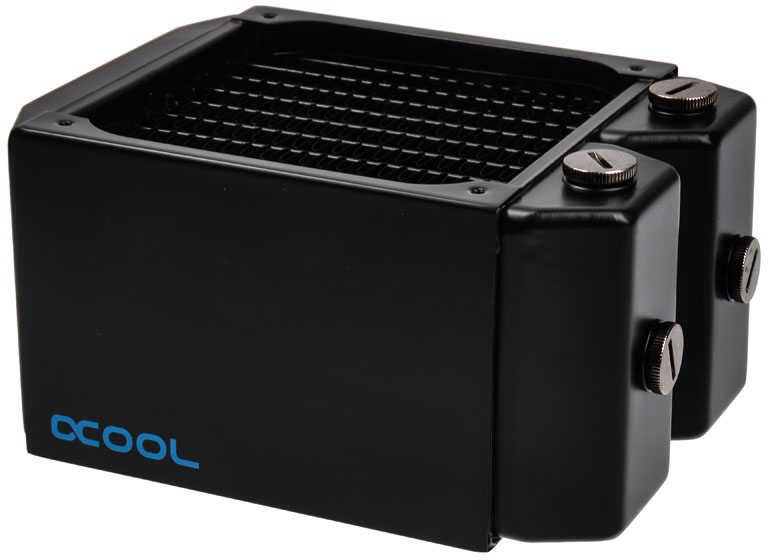 In this massive radiator, which not only 86 mm in thickness, but also has a length of 160 mm, there is an incredibly large cooling surface. The fin distance was chosen so that optimal cooling is achieved even with slow fans. But the higher the speed, the better the cooling performance will be compared to the thinner competition. For example, the cooling performance of a 1200 RPM fan is about as good as a 60mm radiator with two fans.