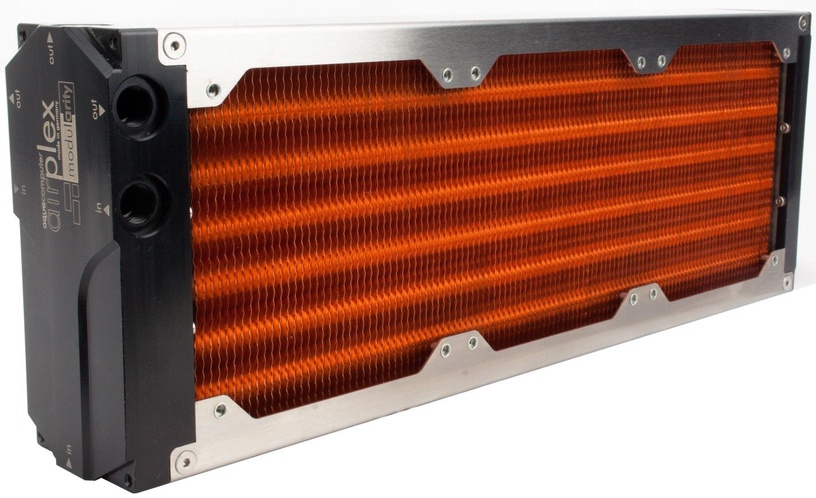 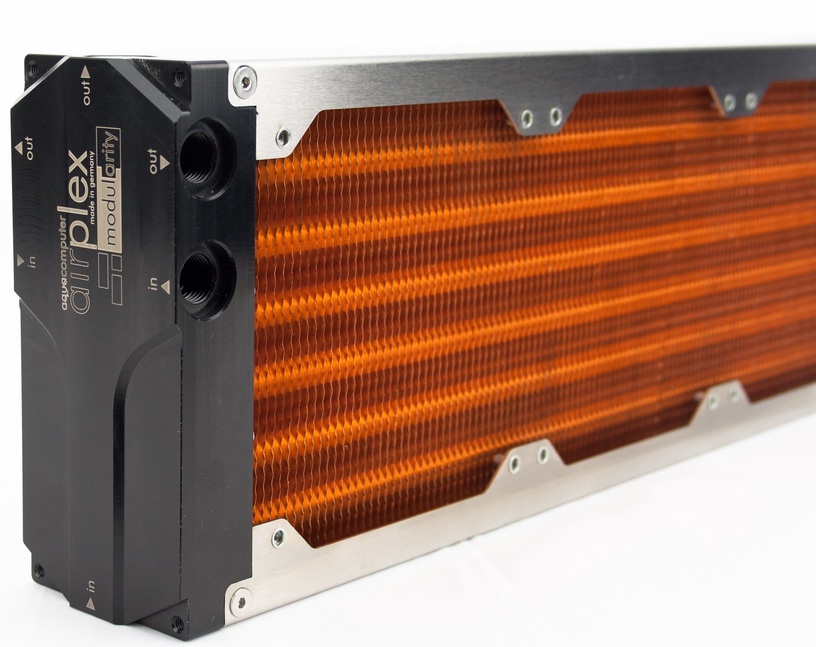 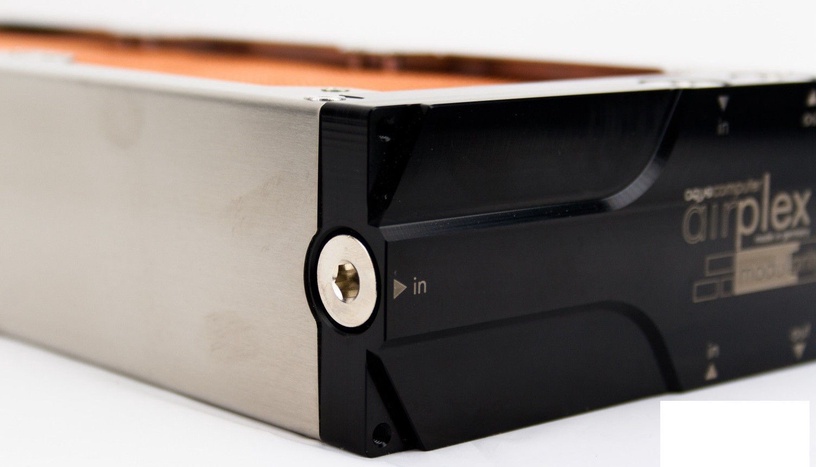 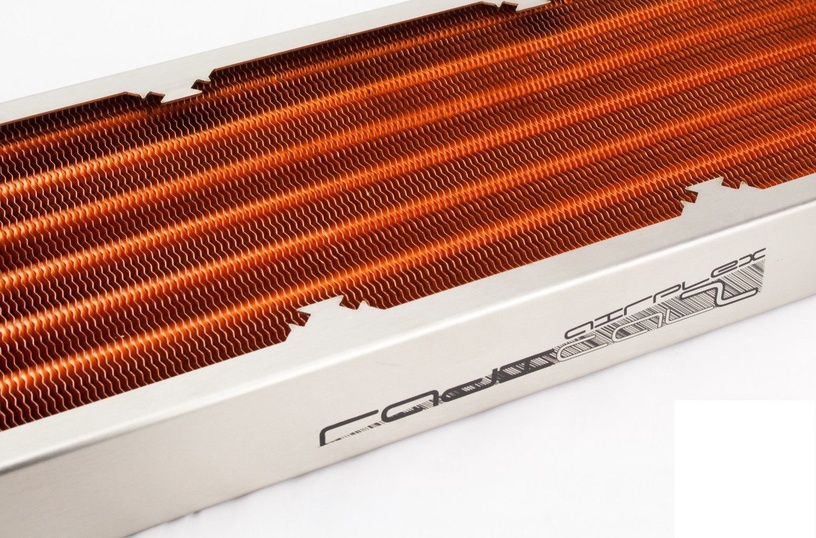 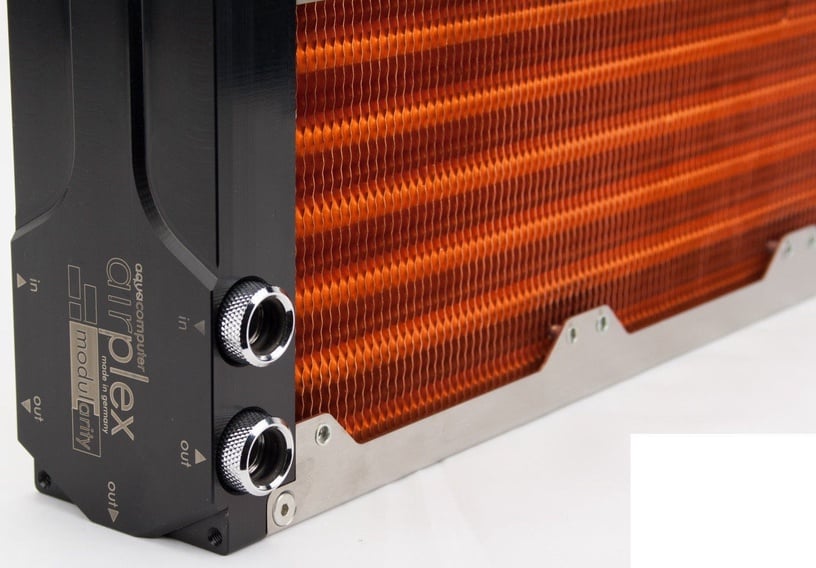 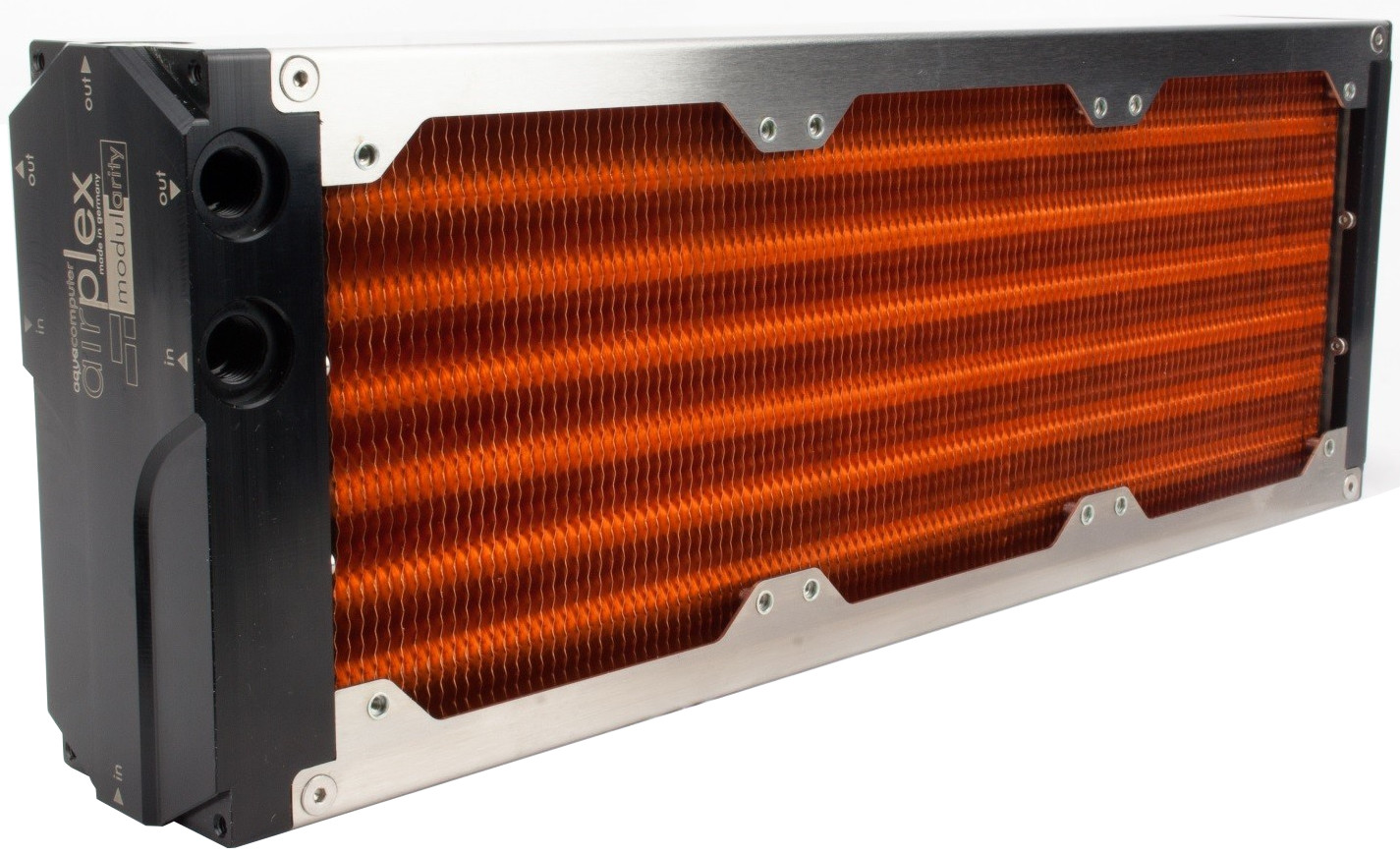 Radiators used to be rather boring products, which differed mainly in their size (related to the number of fans and size). In contrast, we have not seen real innovations for many years. Until now! Already with the Airplex Revolution, the Wakü professionals from Aqua Computer ventured to the experiment of a complete production in Germany. The aim was above all to replace the quality fluctuations of the radiators usually produced in Asia with a consistently high quality.

With the gained know-how, the idea of ​​a completely new development matured, which should combine many innovative approaches. This laid the foundation for the Airplex Modularity System (AMS), which is now leaving the German factory buildings. As the name implies, the central idea is modularity. The consequence with which this approach was implemented is unprecedented, surpassing all ideas and everything that has previously existed.

This makes the Airplex Modularity System the universal radiator solution for water cooling. First, it is almost infinitely expandable (several radiators side by side, one above the other, in front of each other), so that the radiator surface can easily grow in a Systemaus- or conversion and not just a completely new radiator is necessary. Of course, different radiator sizes for 140 and 120 mm fans are available.

In addition, there is even a more powerful noble version with copper fins and a dual circuit output. In addition, Aqua Computer offers various attachments with integrated pumps and feet for external use. In short, there should be no more versatile and functional radiator offer at the moment.

In addition, the precise production and the high-quality workmanship deserve special mention. In addition, no different metals come into contact with the water (neither tin nor aluminum) - only copper. There are no solder residues. In addition, the radiators have a comparably compact design (for higher housing compatibility), do without lacquer for better heat transfer, can be completely dismantled for cleaning, are released for high pressure (0.8 bar) and optimized for slow and thus quietly operating fans.

One of the key secrets for the extreme modularity is the terminal of the AMS radiators, which is milled from the heat-resistant special plastic Delrin. This is where the 21 copper pipes first flow and are connected via an internal sewer system. There are six 1/4 "holes on the outside of the terminal. These are slightly recessed to connect via matching adapter flush another terminal of an AMS radiator.

For the mechanical connection of the terminals, there are triangular recesses for corresponding mounting plates at all four corners. Thus, more radiators can be docked on all four outsides. If they are connected to the narrow sides, it is a series connection (the water flows through both in turn), when the radiators are connected to the long sides of the terminal to a parallel circuit (the water flows through both simultaneously). Thus, there is much scope for variations and experiments.

In addition, other Delrin modules are offered to stack radiators on top of each other and to mount pumps and reservoirs directly and space-saving on the radiator. This is the more powerful premium version in 360 size, which is designed for three 120 fan. In contrast to the normal output, the fins are made of copper, which allows even better heat conduction and also ensures a superbe look.

Blanking plugs for the four unneeded threads are included. Connections must be ordered according to the hose size used. For large diameter connections, an adapter is necessary due to the recessed position of the thread.

Note: The scope of delivery of the AMS radiators does not include housing mounting materials (eg mounting plate and screws) or feet. These must be purchased separately, depending on the model and requirements, and can be found in the caseking assortment under article numbers WARA-237 to WARA-249 or WAZU-215/217/219. In addition, various mounting materials are available for a combination of AMS elements: WAZU-216 to WAZU-222.