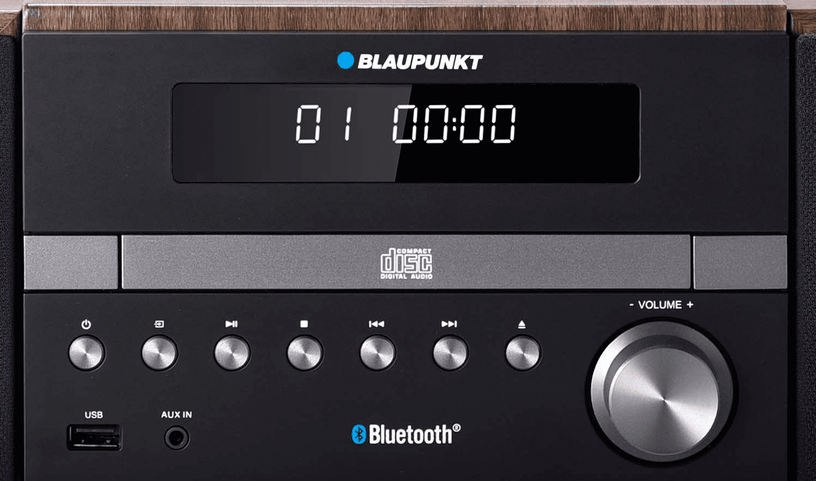 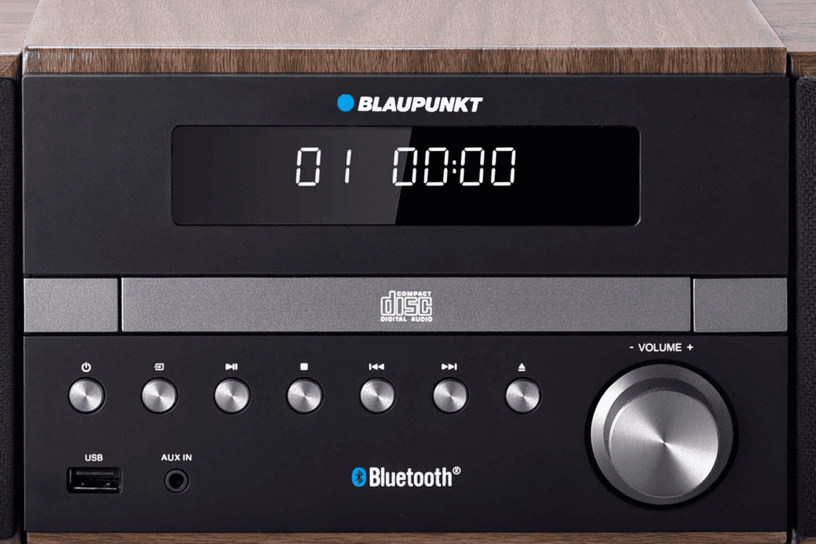 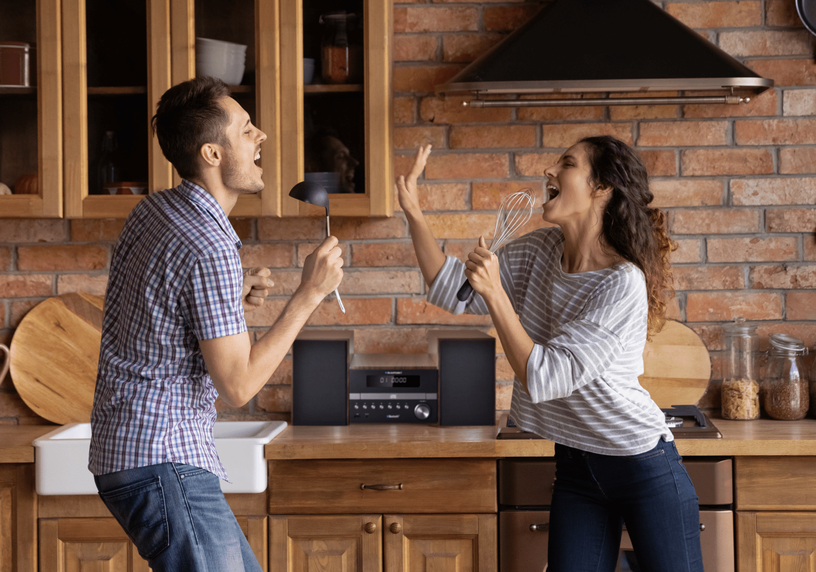 Micro-stereo MS46BT, in addition to an attractive and modern design, is characterized by high quality workmanship and a multitude of functions that will satisfy even the most demanding users.

This unit is equipped with a player for playing classic CDs with ID3tag function, which allows you to display additional information about the audio file such as title, artist, album, track number, and more, if the audio file has such information.

In addition to the traditional CD-Audio format, you can play MP3 files with your favorite music tracks. The built-in Bluetooth module, which supports wireless transmission of music files contained in compatible mobile devices such as smartphones and tablets, allows you to play selected songs stored on the above devices. The user also has a built-in FM tuner with the ability to store up to 50 favorite radio stations.

On the lower left side of the front panel is a USB port to which you can connect any compatible portable USB storage device and play MP3 music files from it. The AUX input, which is right next to the headphone socket, allows you to wire in any other device that has an audio output.

A clock with alarm function is available on the LED display, so you can program the micro-stereo to turn on automatically at a predetermined time. Right next to the display is a large volume control knob, and the function buttons have been placed on the bottom of the case. Thanks to RDS function, the display will also include information from radio stations such as radio name, date and time, name of currently broadcast program, song name, etc.

The MS46BT has an amazing sound thanks to an extremely efficient amplifier that generates up to 300 watts of maximum power. The total power rating is 100 watts RMS.

The speakers of the MS46BT model have wooden enclosures with bass reflexes. Their shape allows them to be placed vertically away from the main unit or horizontally, in which case they are exactly the same height as the central unit and the whole looks like one unit.

The MS46BT also comes with a remote control that allows you to fully operate all available functions, which completes the operating convenience.