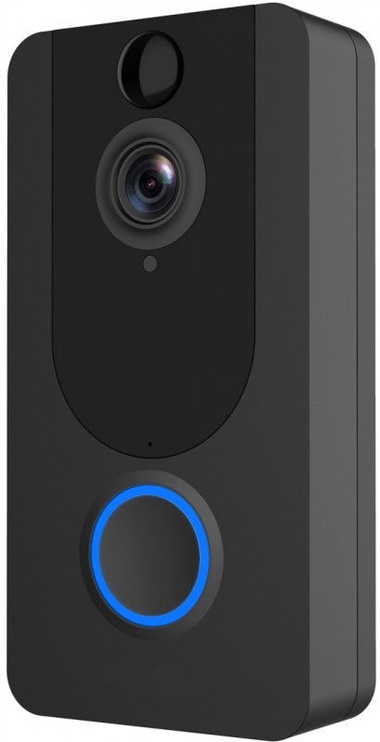 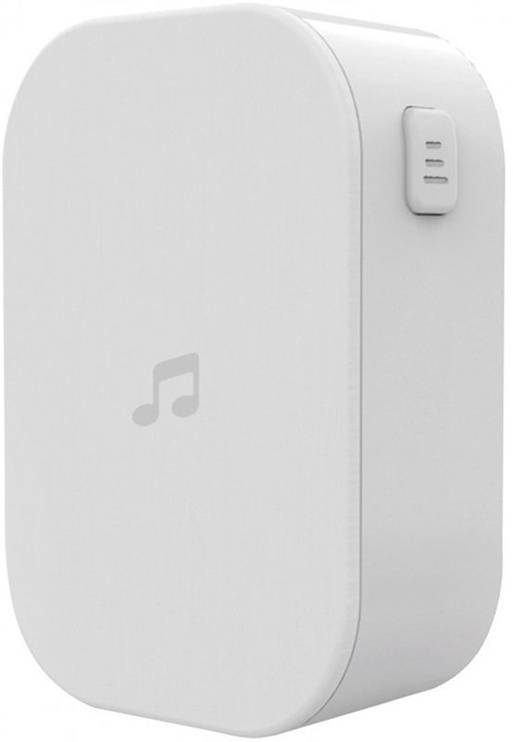 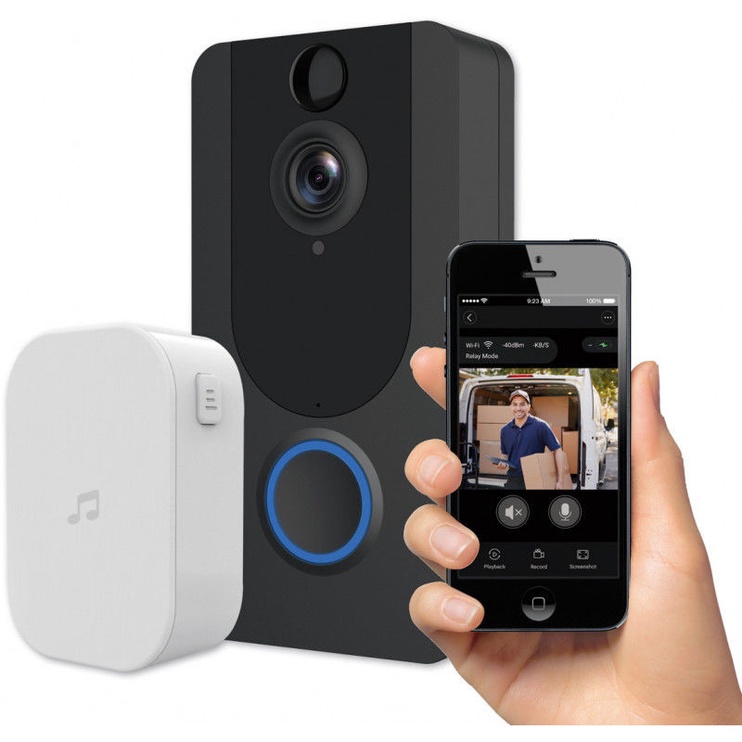 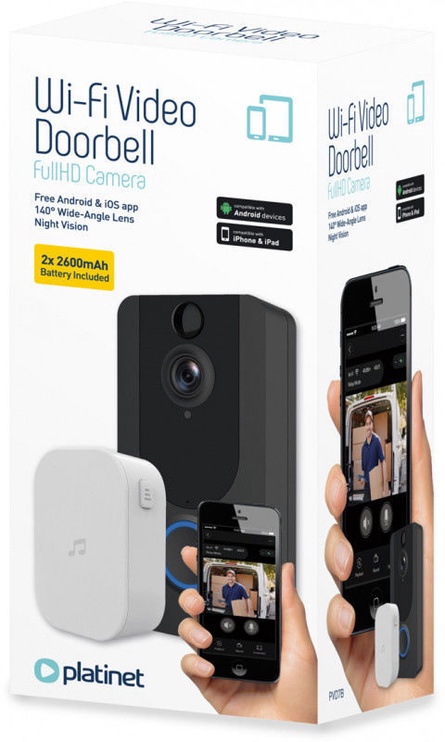 Wireless doorbell with a Wi-Fi camera
The intelligent PLATINET PVD7B doorbell thanks to wireless Wi-Fi allows remote viewing and talking to people in front of the entrance door. Built-in motion sensor allows you to automatically record video, which can then be played on the smartphone screen.


Easy installation and configuration
With PLATINET PVD7B wireless smart doorbell you get the necessary elements for easy and convenient assembly of the device. The process of pairing and configuration takes place using the intuitive and free LiveHome app.

Mobile application
LiveHome application is free and available for download in the most popular app stores - Google Play (Android) and App Store (iOS). The configuration process takes only a few steps. In addition, the user receives a free disk space in the cloud as a gift for archiving video recordings from the device.

Two-way voice communication
The PVD7B smart doorbell acts as an intercom, so it enables two-way sound communication between people at home and the visitor waiting in front of the entrance door.

High quality view and recording
The wide-angle lens recording the image in Full HD quality, offers the user the most detailed view of the situation in front of the entrance door. High sound quality allows convenient sound communication.

Wireless chime included
With the PVD7B smart doorbell, the user also receives a wireless chime, which is installed directly in the electrical socket. This device allows you to choose one of 52 different ringtones. Its configuration is intuitive and also carried out by the LiveHome application.