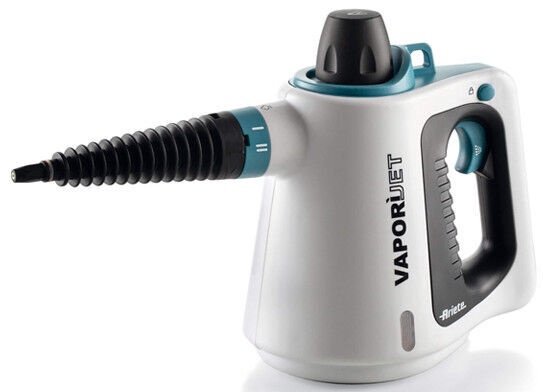 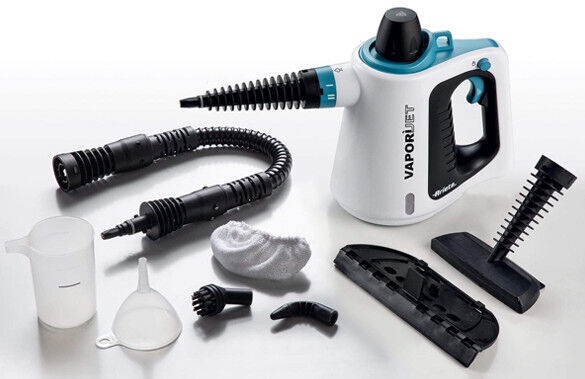 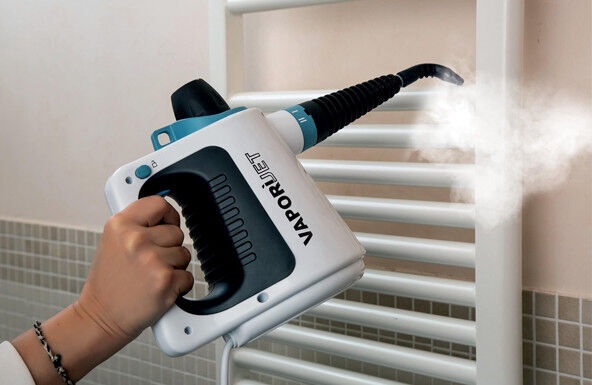 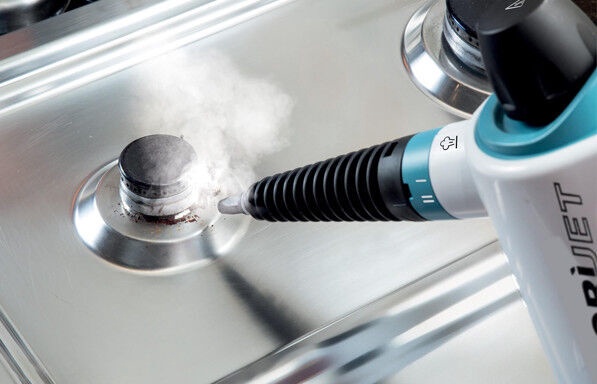 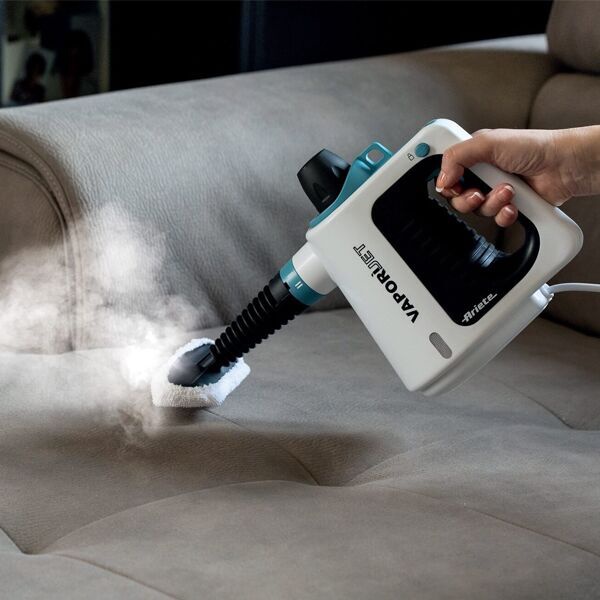 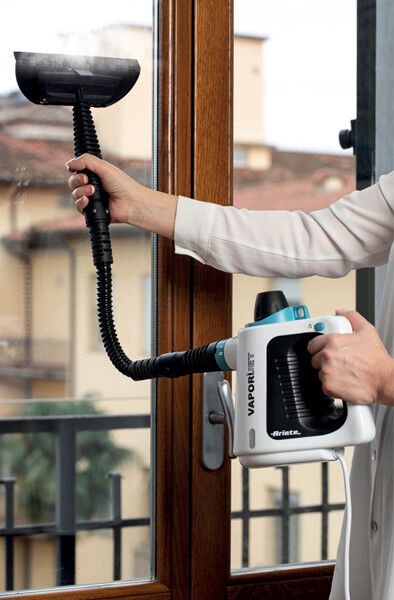 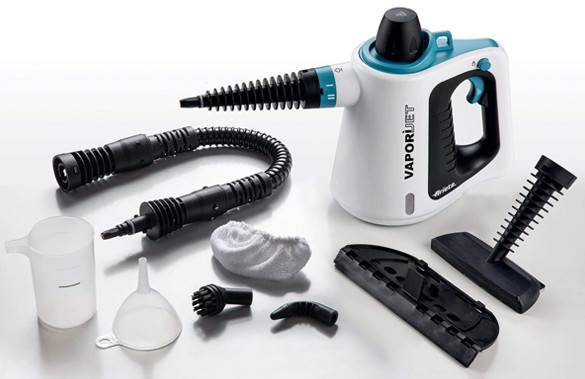 The power of steam against germs and bacteria
Steam is the most natural way to clean your home effectively. Ariete steam cleaners in fact ensure deep hygiene of the house and elimination of 99.9% of germs and bacteria which can be deposited easily on all surfaces housewives. Vapori Jet is the multifunction steam gun that will help you make your home a fresh, clean and safe place.

Cleaning windows has never been easier
The glass cleaning is an operation which often refer it long and hard. For this Ariete has decided to enrich the steam gun with a window cleaner and an extension, ideal for reaching even the highest and most difficult to clean windows . The steam will take care of everything else, leaving the glasses bright, without streaks or residues , because you will not need to use specific detergents.

Sanitize the bathroom with steam
With the steam window cleaner even the shower box will always be shiny and without limescale. You can use the steam gun for sanitize health without using any detergent. Even the taps will shine again, because the steam can also remove the limescale deposits, which it seemed impossible to remove!

Sanitizes and refreshes fabrics with steam
The vapor of Vaporì Jet is able to penetrate the fibers of the fabrics and sanitize them in depth in a few moments. Using the brush with the supplied cloth, sanitize curtains and sofas with a simple pass of steam.

Degrease the kitchen with steam
When dirt builds up on the kitchen hob, no degreaser can take it away! The powerful jet of the steam gun , combined with the special injector nozzle, allows you to sweep away even the most resistant incrustations and without the use of chemicals.

Clean even the most hidden corners
The 90 ° spout reaches where no one else can. The Vaporì Jet steam gun is perfect for cleaning the back of radiators and all the most difficult to reach corners inside your home. Put it to the test!