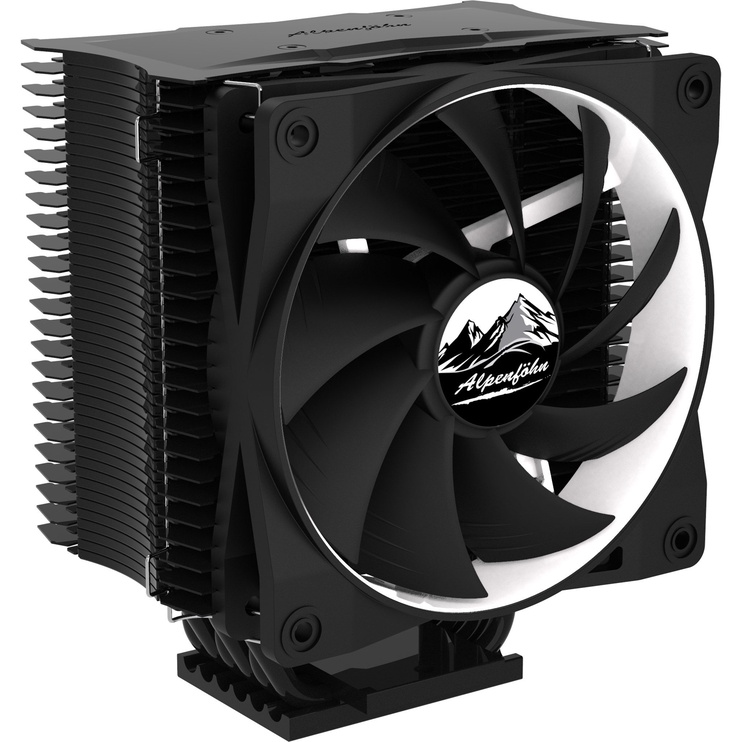 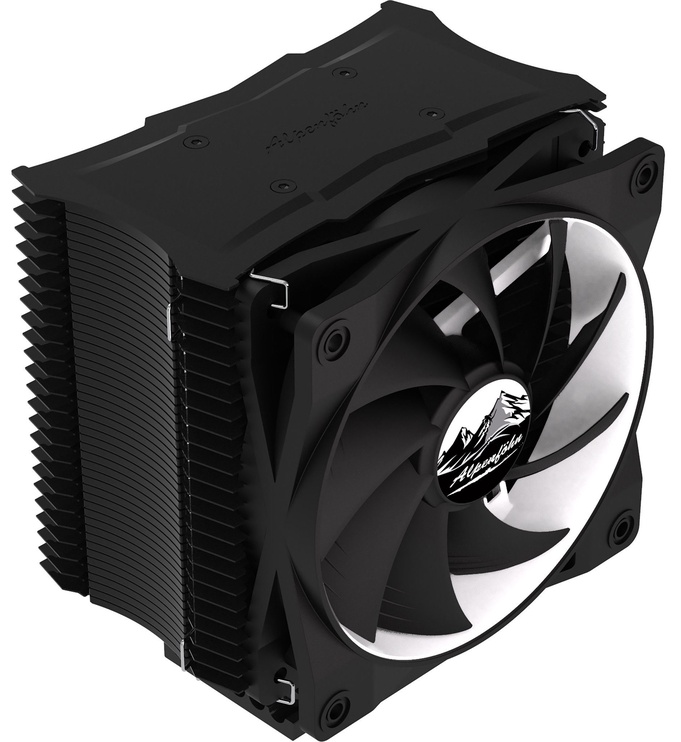 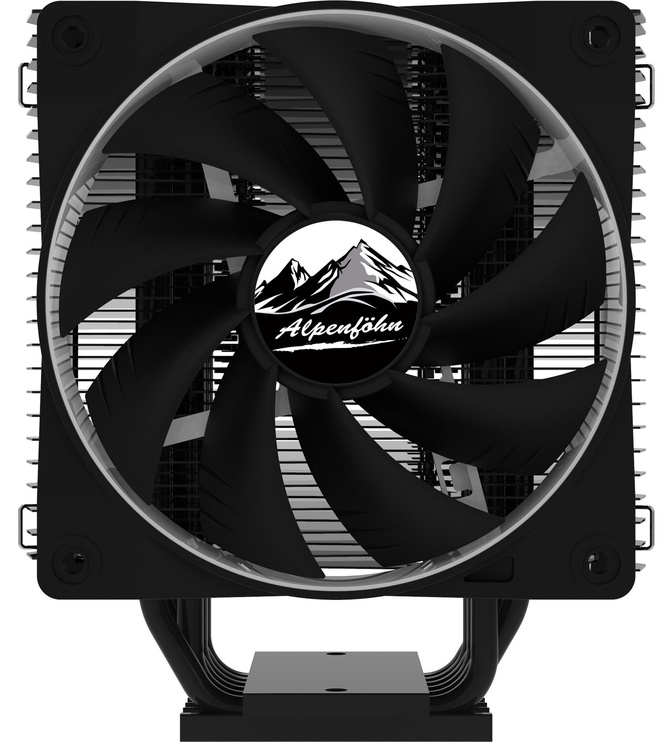 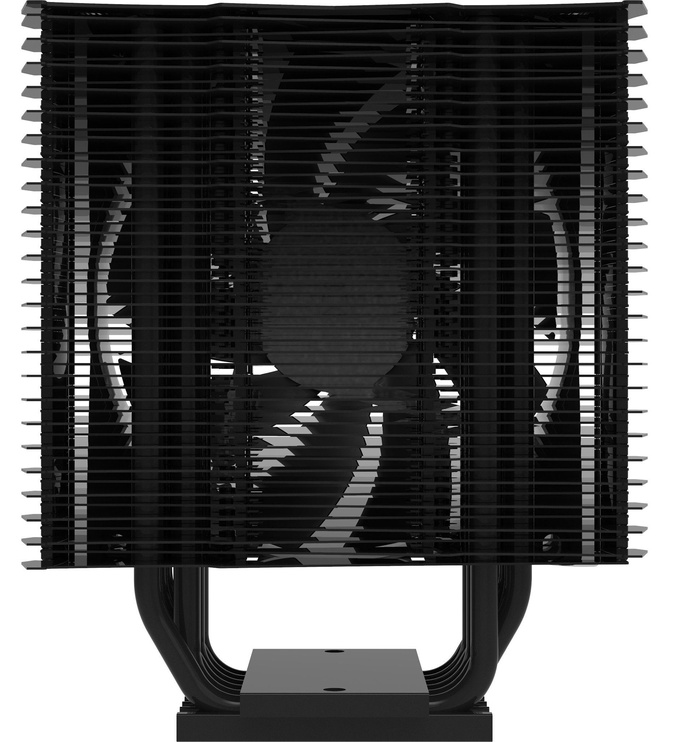 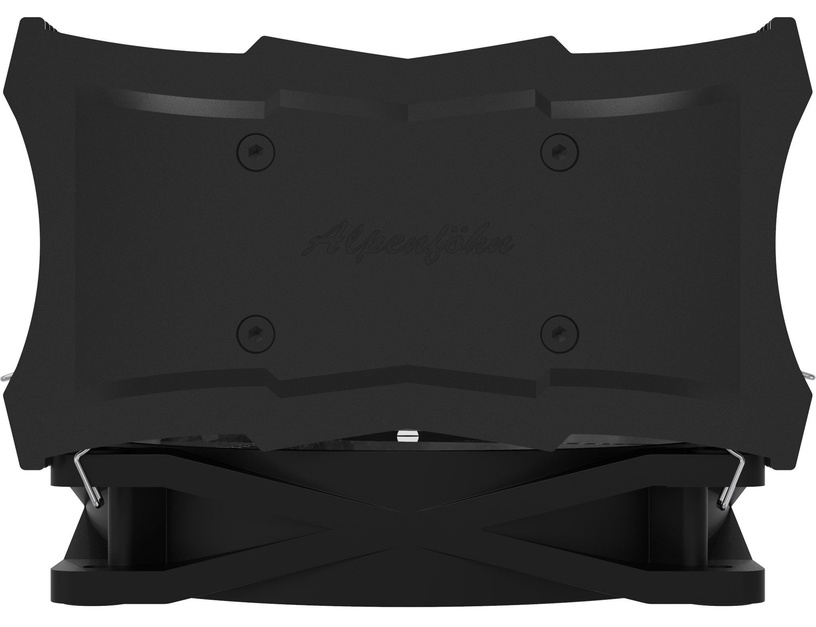 In the past, Alpenföhn expanded its product range at a rapid pace and released after Groß Clockner, chunks and north wall a high-end CPU cooler, which listened to the name Matterhorn and at that time an absolute top model from EKL (the parent company of Alpenföhn) represented. Like other imperishable classics of the manufacturer too, the Matterhorn will get a fresh update with Wing-Boost-3-Premium-Fans with the Threadripper Edition .
The Alpenföhn Matterhorn Threadripper Edition CPU cooler at a glance
Powerful heavyweight The design of the Matterhorn Threadripper Edition basically follows the multi-award winning design of the original model, but has been completely finished with a black surface coating. With almost 800 grams without a fan, it is one of the heavyweights among the processor coolers. Six black copper heatpipes are embedded in a black copper base. The U-shaped heatpipes open into four rows in the heat sink, which on the one hand arranges the feed points broader and also more targeted air flow. This is ensured by the lateral seals, which at the same time increase the stability of the slats.
Perfect balance The asymmetric layering of the slats is the central feature of the Matterhorn construction. They are the result of two contradictory requirements: Many and thus dense fins provide good cooling performance, but would greatly impede the air flow and thus demand high fan speeds, which would make the volume unacceptable. Therefore, the lamellae on the air inlet side are initially very far apart, so that the air flow practically only has to fight against every second lamella.

Only in the interior of the cooler then begins the interposed lamella, where the negative flow influence significantly lower. This construction is ultimately realized so that two tapered lamellar arrangements are shifted into each other offset. In addition to all the functionality, this elaborate layering is also extremely noble.
According to the latest technology As a fan, Alpenföhn contributes a top-modern representative from the revised "Wing Boost 3" series, which impresses with its PWM connection and the new "S-Shape" blade geometry. This version of the Alpenföhn Matterhorn is specially tailored for AMD thread ripper CPUs and easy and safe to mount thanks to the stable back plate screw connection.

In addition to the mounting material for the sTR4 socket, the Matterhorn Threadripper Edition also offers a tube of the high-performance Permafrost thermal grease from Alpenföhn, a 5-volt and a 7-volt power adapter for additional fan speed control and four fan terminals, thus increasing it if necessary the cooling power still a second fan can be mounted on the heat sink.