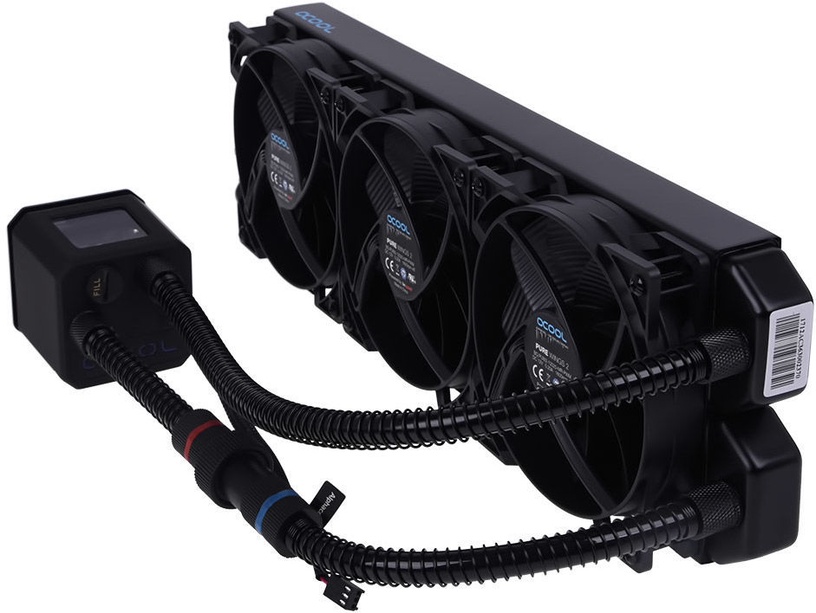 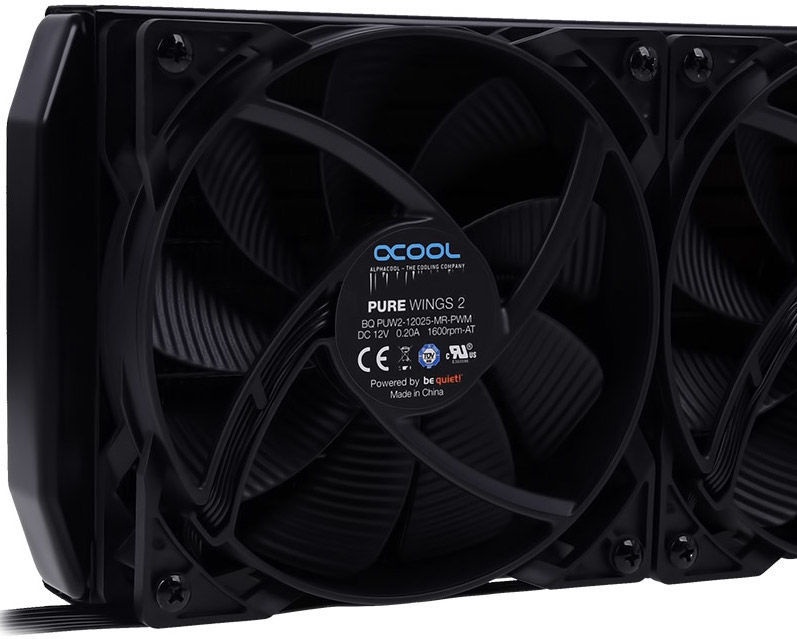 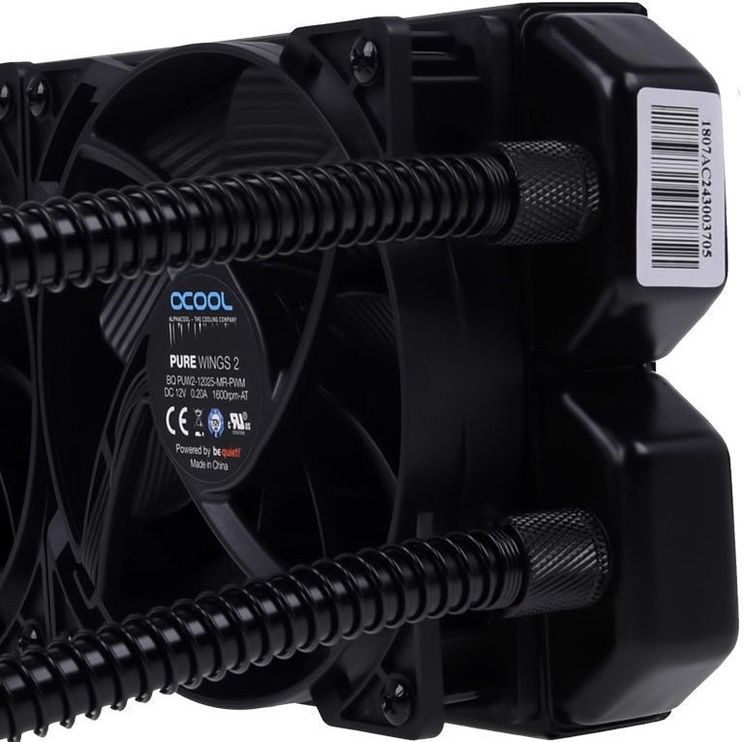 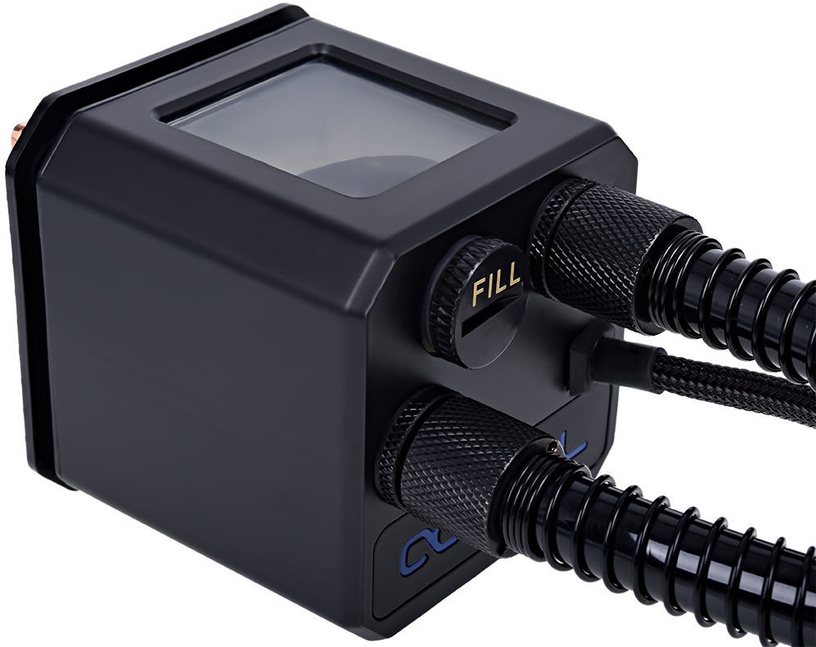 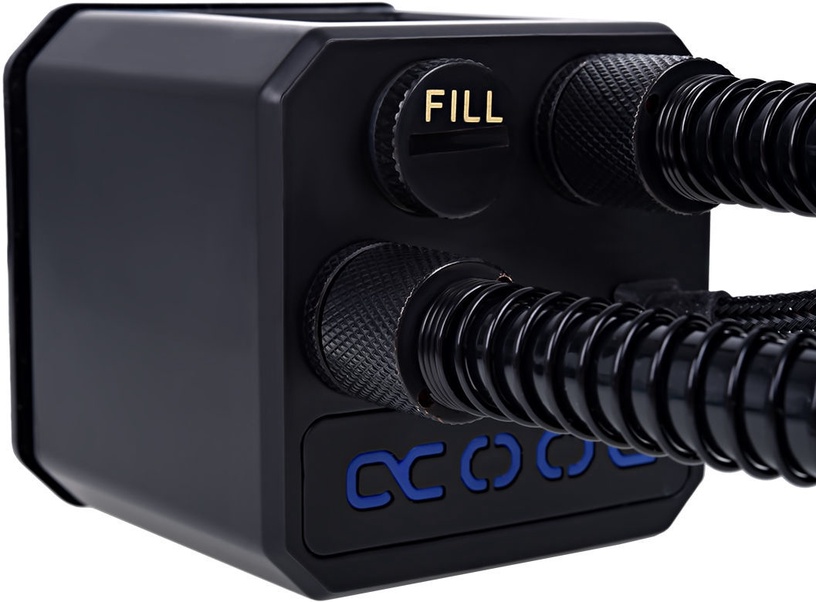 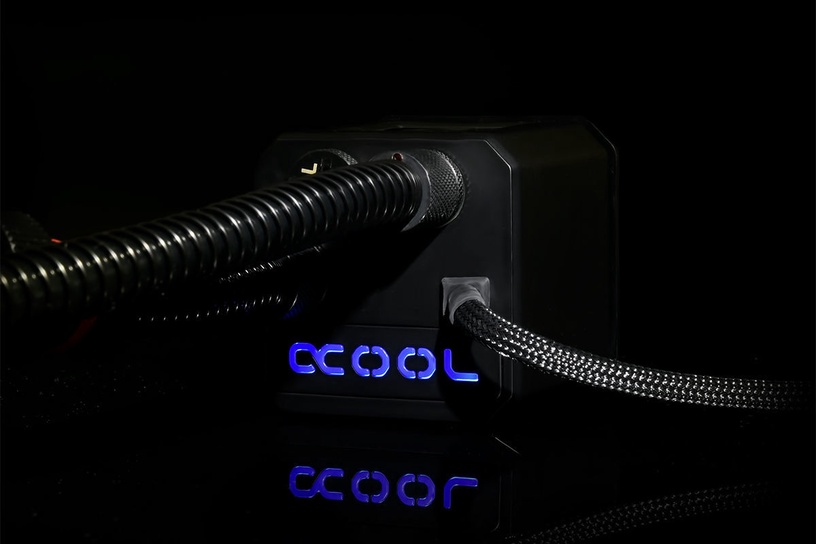 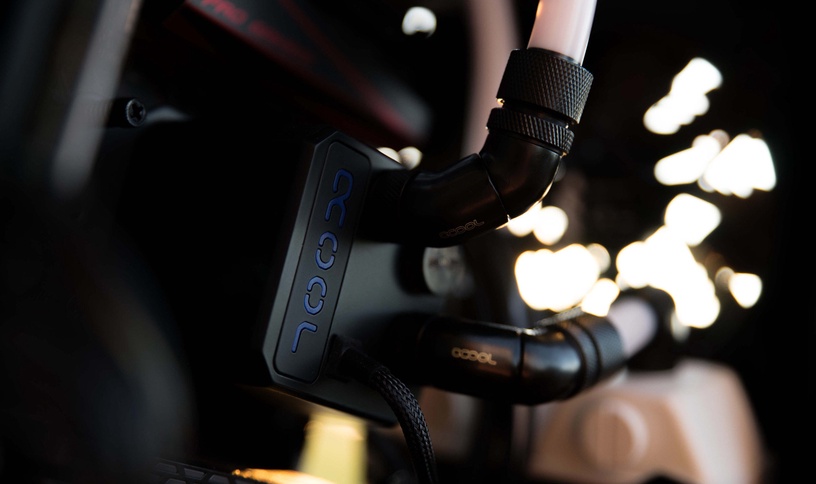 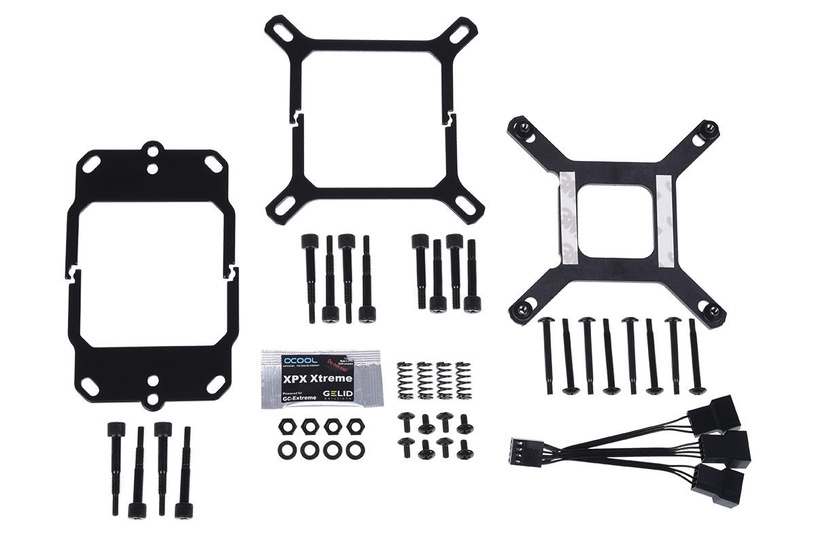 With the “Eisbaer”, Alphacool is fundamentally revolutionizing the AIO cooler market. Where traditional AIO CPU-coolers are disposable products which are neither upgradeable nor refillable, the Alphacool “Eisbaer” is modularly built and can be upgraded, rebuilt or refilled at any time. This means that the “Eisbaer” is not only an AIO, but also fully built on classic water cooling components. That means it is quieter and more powerful than the average AIO solution. 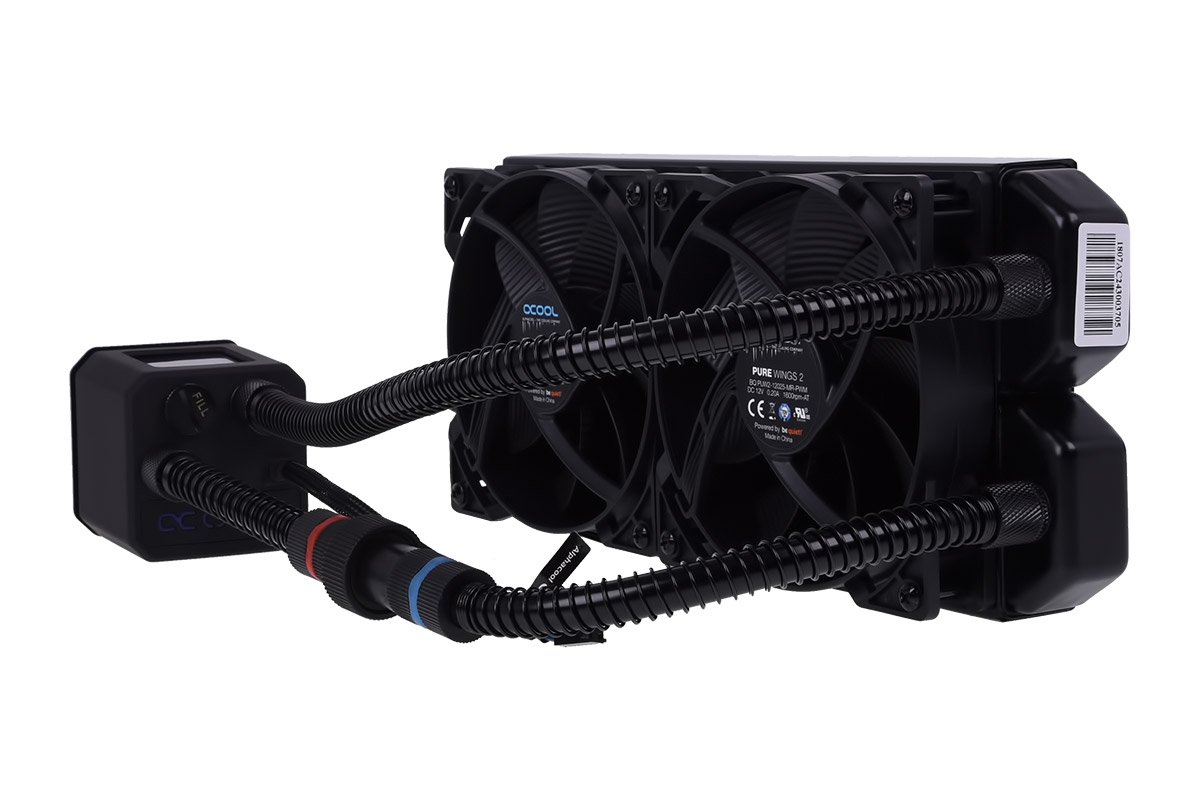 Radiator
Alphacool depends on a radiator made of pure copper. The base of the radiator is the popular Alphacool NexXxoS series, which is well-loved around the world. The pure copper construction raises the cooling performance enormously compared to the usual aluminium radiators used in classic AIOs. The slight thickness of the fins ensures enormous cooling power in fans with low rotational speed. This ensures that the performance of the “Eisbaer” when adjusting the fans down decreases much more slowly than in radiators with higher fin thickness.

Hoses
The flexible PVC hoses make installing the “Eisbaer” easy. These hoses are easier to arrange and move into the right position. So the hoses don’t bend and stop the flow of the water, both hoses have been fitted with anti-kink springs. The 11/8 mm size is also a standard in the water cooling field, alongside the 13/10 and 16/10.

Fans
In cooperation with bequiet! The Eisbaer uses the Pure Wings 2 fans to push cool air between the cooling fins. Both fans are operated via a 3-pin connector. A Y-adapter is included in the Eisbaer, so both fans can be controlled via a port on their motherboard or a separate fan control.

Connectors
All connectors are based on the classic G1/4 inch thread, the standard thread in the water cooling field. This way, all attachments can be switched out for others any time as desired. This also means that, for example, you could later decide to switch to thicker hoses or even HardTubes and set your system uniquely apart.

All these features make the “Eisbaer” cooler into something extraordinary. Its enhanced appearance from the illuminated logo and the illuminated reservoir, which also contains the pump, lets the interior of your PC shine in a whole new way. The soft-touch surface of the pump case is a further visual highlight.
With the “Eisbaer”, you get an all-around perfect product that is not only extremely high-powered but also works very quietly.

Pumps
The basis of the pumps is the Alphacool DC-LT Ceramic Ultra Low Noise, also available separately. The pump runs extremely quietly and can be regulated to between 7 and 12V. It can also be regulated through the motherboard. If the “Eisbaer” is being run alone, the 7V setting will still have next to no performance loss, as shown in diverse test results. The insulated pump case further perfects the noise generation and ensures that vibrations are almost completely absorbed.
The smooth and shiny polished copper base of the cooler ensures optimal heat absorption and can relay the heat over the fine slit structure of the cooler to the water quickly and efficiently.